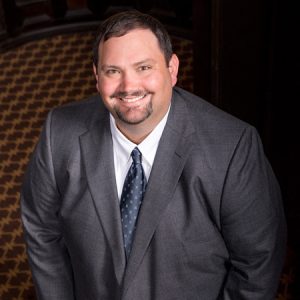 Christopher grew up in the financial services industry: he started by spending his summers as an intern at Mary Grace Musuneggi’s financial planning practice, which grew into the family firm where he now serves as President. His career officially began with The Musuneggi Financial Group in 1998, following his graduation from Washington and Jefferson College in Washington, Pennsylvania.

Continuing his education, Christopher has earned the Certified Funds Specialist designation, awarded by the Institute of Business and Finance, as well as the Registered Financial Consultant designation, awarded by the International Association of Registered Financial Consultants; he has also completed the educational requirements for the Certified Senior Advisor designation program through the Society of Certified Senior Advisors. Through the Family EstateCare Series at the Southern California Institute, he completed the educational requirements for the designation as a Certified EstateCare Advisor. Christopher has completed training with the Collaborative Law Association of Southwestern Pennsylvania, allowing him to be a Financial Neutral in the Collaborative process. He was a 2013 Entrepreneurial Fellow with the University of Pittsburgh’s Joseph M. Katz Graduate School of Business Institute for Entrepreneurial Excellence.

Christopher’s professional affiliations include membership in the FAC and the Dunham & Associates Investment Counsel Inc. Advisory Board. Staying active in his community is a priority, too. Christopher is Vice Chair of the Salvation Army Advisory Council at The Pittsburgh Temple, Vice Chair & founding member of the Keystone Oak Foundation for Educational Excellence, Vice Chair of the Mt. Lebanon Economic Development Council, and sits on both the Vibrant Uptown & Economic Vitality Committees in Mt. Lebanon.

Christopher has been consistently recognized as a Five Star Wealth Manager (2013-2016) by Five Star Professional, and he is a four-time recipient of the National Association of Insurance and Financial Advisors Quality Award (2013-2016). He has been quoted in USA Today and he has spoken at industry conferences for H. Beck and Dunham.

Christopher was honored to be recognized as one of Pittsburgh Magazine’s 2014 40 Under 40 awardees. He is also the proud recipient of Keystone Oaks School District’s 2016 Alumni Achievement Award and the H. Beck Service Award.

He resides in Mt. Lebanon with his wife, Christine. While not working he enjoys golfing at Nemacolin, hiking at Ohiopyle, going to concerts, and is a season ticket holder for the Steelers.